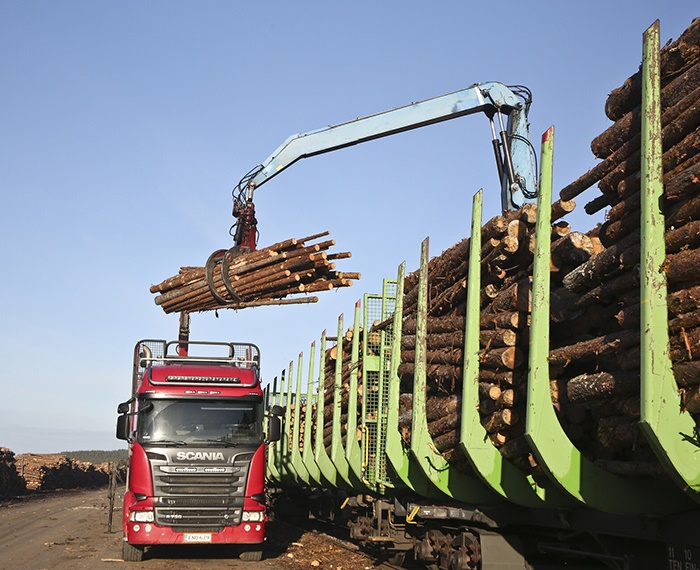 Metsä Group’s Kemi bioproduct mill will start up in the third quarter of 2023. The new mill will use 4.5 million cubic metres more wood than the current mill. The wood procurement area will also expand. According to plans, one million cubic metres of the additional wood used will be imported from Sweden. Although the transport distances for raw wood to the Kemi mill will be longer, efficient rail transports will ensure emissions are reduced by 20 per cent per cubic metre of wood.

The trains running to the mill are loaded at eleven rail terminals operated by the Finnish Transport Infrastructure Agency. New wood terminals will be set up and old ones refurbished to handle the Kemi bioproduct mill’s wood supply. The terminals in northern Finland will be completed by the end of this year and the rest by the summer of 2023.

In a new move, Metsä Group has invested in seven weighbridges for weighing timber lorries and receiving wood on arrival at the terminal instead of at the mill, as is currently the case. At the other rail terminals, the material machines that handle unloading are also used for weighing the wood.

“We have invested several million euros in the weighbridges. By measuring wood at the terminals, we can increase the terminals’ capacity and add flexibility to train transports at the mill. Moreover, timber lorry drivers can unload their vehicles at the wood terminals at their own pace instead of having to coordinate deliveries with the loading schedules of trains,” says Alarautalahti.

An indication of the importance of smooth logistics is that the Finnish railway company VR will provide carriages and engines for wood supply that will be used exclusively for the Kemi mill’s wood transports.

“We’ve planned the railway logistics and infrastructure construction with the Finnish Transport Infrastructure Agency and VR Transpoint. This transport concept was created jointly to ensure the mill’s wood supply. We piloted the operating model in the autumn and found it worked well,” says Alarautalahti.

Fully electrified unloading at the mill

Automated unloading based on artificial intelligence and machine vision

Timber lorries are weighed on arrival and departure, as is done at all mills. What is new is that vehicles and carriages are scanned during unloading. Scanning ensures that the wood can be automatically unloaded from both trains and timber lorries. We use entirely new technology, featuring artificial intelligence and machine vision,” says Pulkkinen. At the bioproduct mill, two autonomous woodyard cranes unload the rail carriages and timber lorries.

After the loads have been scanned, artificial intelligence linked to the crane independently plans and carries out the unloading of wood for both vehicles and carriages. Seated in the debarking department’s control room, the crane operator supervises the unloading with the aid of screens and intervenes in the unloading process if necessary.

I agree with the use of cookies. Even if I continue to use this website, this is considered consent.