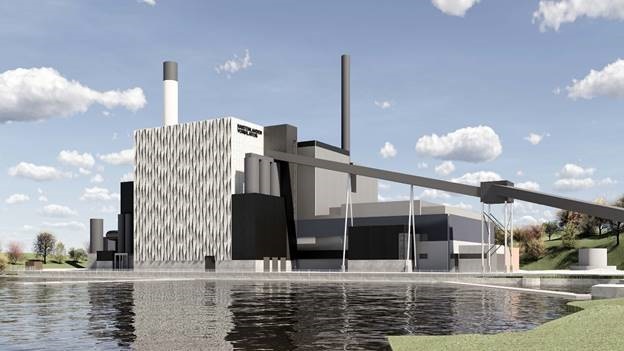 Valmet to deliver a biomass-fired boiler plant to Tampereen Sähkölaitos in Tampere, Finland

Valmet will deliver a biomass-fired boiler plant to Tampereen Sähkölaitos Oy’s Naistenlahti power plant in Tampere, Finland. The new Naistenlahti 3 boiler will replace the Naistenlahti 2 boiler that has reached the end of its technical lifetime. The order is included in Valmet’s orders received of the second quarter 2020. The value of the order is approximately EUR 70 million. The boiler plant will be handed over to the customer at the end of the year 2022.

“Tampereen Sähkölaitos took a turn towards sustainable energy production in 2010 and started to systematically use more and more renewable energy sources and lower its CO2 emissions. Our goal is a 95 percent decrease in emissions by the end of 2030. Thanks to the Naistenlahti 3 boiler plant, our CO2 emissions will reduce significantly, and the share of renewable energy sources will increase,” says Antti-Jussi Halminen, Director at Tampereen Sähkölaitos.

“Sustainability is one of the cornerstones in Valmet’s operations, too, so we are delighted to be involved in the massive energy turnaround that Tampereen Sähkölaitos is carrying out. This delivery is a continuation of our long-standing cooperation. Earlier, Valmet has supplied equipment to the company’s plants in Naistenlahti, Lielahti, Hervanta and Sarankulma. We have also delivered a flue gas cleaning system to the Tammervoima plant, which is a subsidiary of Tampereen Sähkölaitos,” says Kai Janhunen, Vice President, Pulp and Energy business line, Energy business unit, Valmet.

The Naistenlahti 3 plant will be fueled mainly by renewable biomasses, while milled peat will remain as a secondary fuel. With a steam capacity of 191 megawatts, it will run as a base load plant for district heat production from September to June. The plant concept is based on combined heat and power (CHP) production, and it uses the existing old steam turbine and its auxiliary systems, such as the flue gas heat recovery system delivered by Valmet to the Naistenlahti 2 plant earlier. Thanks to the condensation of the water vapor in the flue gas, the total efficiency ratio of the new plant is about 112 percent based on the fuel’s effective heating value.

The new boiler plant will be built between the Naistenlahti 2 boiler and Lake Näsijärvi. Special attention has been paid to its architecture. The façade facing the lake, for example, will feature aluminum profiles in diverse shapes.

I agree with the use of cookies. Even if I continue to use this website, this is considered consent.